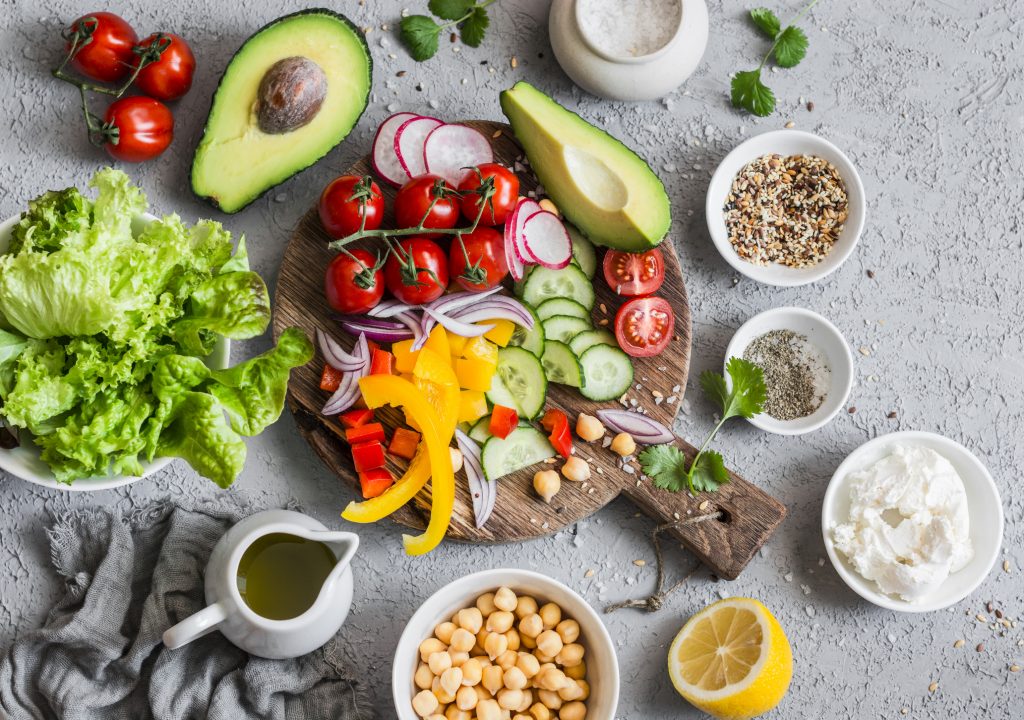 Could a Mediterranean diet increase the diversity of gut health and lower the risk of frailty? Rod Tucker explores the evidence

In recent years, much has been written about the importance of our gut bacteria (or microbiome) for optimal health.

It has been estimated that the human gastrointestinal tract contains around 100 trillion micro-organisms, which outnumber the host cell count by a factor of 10. While the majority of microorganisms are bacteria, there are also fungi and viruses.

It is now thought that imbalances of the normal gut microbiome are linked with several diseases, including inflammatory bowel disease and systemic illnesses, such as type 2 diabetes and obesity.

The organisms that make up the microbiome are able to ferment non-digestible substances, like fibres, and produce short-chain fatty acids that affect glucose and energy homeostasis and create a gut-brain axis that can affect our metabolism. It is also recognised that a diverse microbiome leads to improvements in health – and diet is a pivotal factor in creating this diversity.

Ageing is associated with increased frailty, which is considered a syndrome of physiological decline in later life. Frailty is characterised by a constellation of effects, such a chronic, low-grade inflammation (or inflamm-ageing), cognitive decline, and a decline in GI function with perturbations in the microbiome.

Furthermore, some evidence suggests that the composition of the microbiome in elderly patients is correlated with several markers of frailty. One diet that has been associated with several positive health outcomes is the Mediterranean diet, which includes greater consumption of wholegrain pasta and olive oil, and low levels of fat. There is even some evidence that adherence to the Mediterranean diet beneficially affects the gut microbiome.

Since frailty is associated with changes in the gut microbiome, and the Mediterranean diet has a favourable effect on the microbiome, could the diet potentially reduce signs of frailty in the elderly?

This question was addressed in a study published recently in the journal Gut. The authors examined the gut microbiome of 612 non-frail people in five European countries, by looking at poo samples before and after 12 months of the Mediterranean diet. These individuals formed a subgroup of a larger sample of more than 1,200 elderly people aged 65 – 79, who were part of a trial exploring the impact of diet on inflamm-ageing.

The results showed that for those who closely followed the Mediterranean diet, there was an increase in microbiome diversity. More interesting was that the diet led to an increase in specific microorganisms associated with a reduction in the risk of frailty. It also led to improved cognitive function, reduced inflammatory markers, and a decrease in some bacteria linked to diabetes and cancer.

So, should we all switch to the Mediterranean diet to stop us becoming frail? Firstly, the study in Gut was a secondary analysis and therefore not specifically designed to answer the question of whether eating a Mediterranean diet reduced frailty.

Secondly, the association between higher levels of good bacteria and measures of frailty were weak and require further work for confirmation. Nevertheless, other work  has shown that the Mediterranean diet is associated with a significantly lower risk of incident frailty in older people and less functional deterioration. It has also been suggested that, among the elderly, increased consumption of fruits and vegetables – which form part of the diet – may be associated with lower frailty risk.

As pharmacists, we should advocate a healthy diet for all our patients, but this advice is especially relevant for the elderly. While the older person probably needs fewer calories, it is important that they eat nutrient-rich foods to ensure a sufficient intake of vitamins and minerals – and this can be achieved with the Mediterranean diet.

Waking up to community pharmacy?

Editor, Carolyn Scott asks whether community pharmacies finally getting the recognition from the Government they...

I made the decision to ‘just’ be a community pharmacist

Sara Shirali, a newly qualified community pharmacist, says she is tired of having to justify...

Autism and me: a pharmacist’s personal perspective

A diagnosis of autism for one pharmacist has helped her understand herself better in terms...