Five things that could be causing your patient’s earache 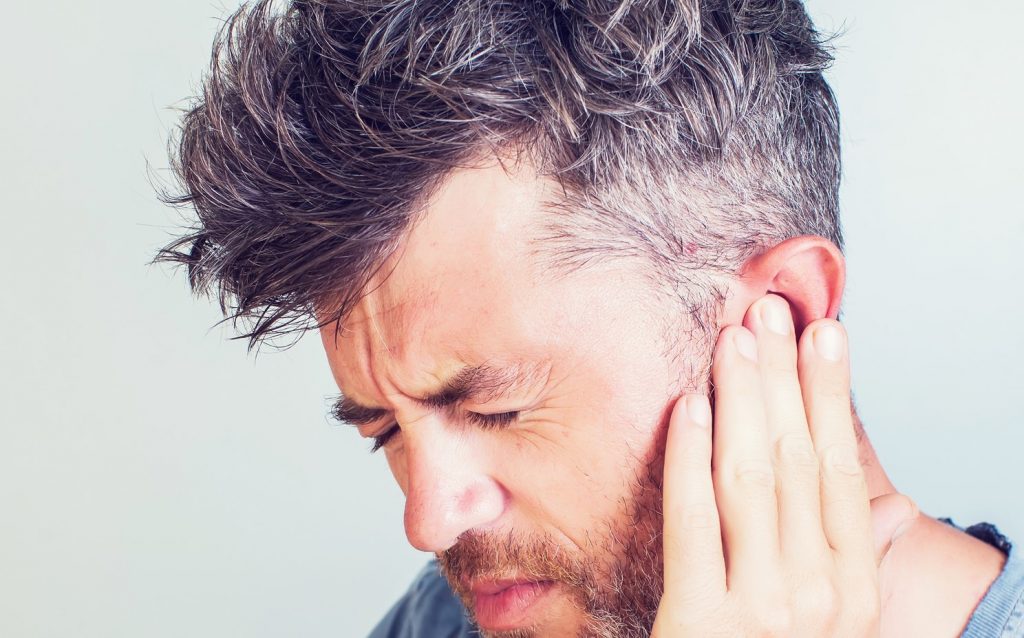 Allie Anderson highlights the most common reasons behind this painful condition

Earache is a common ailment, most cases of which are innocuous, self-limiting and can be dealt with swiftly in pharmacy. Here are the five most likely causes and what pharmacists can advise patients to manage the problem.

Ear wax, or cerumen, is a naturally occurring substance in the ear, the purpose of which is to clean, lubricate and protect the ear canal. However, when layers of wax build up – known as cerumen impaction – it can cause symptoms such as otalgia (earache/pain), hearing loss, tinnitus (sounds heard in the ear that aren’t from an external source) and a sensation of fullness in the affected ear.

Reena Barai, owner of SG Barai Chemist in Surrey, points out that wax tends to be one of the commonest causes of mild earache in adult patients. ‘A pharmacist would ask a series of initial questions with the aim of confirming or eliminating wax as the cause of the problem [in adults], before considering whether it might be something else,’ she says.

Those questions would typically be aimed at eliciting whether the patient has any discharge, acute pain or hearing loss. ‘If they don’t have discharge or pain, but it’s affecting their hearing, then the likelihood is it will be ear wax,’ she adds.

When cerumen impaction blocks the ear to the extent that the patient notices a degree of hearing loss, the wax will usually be evident upon examination. ‘Some advanced-level pharmacists might have done extra courses to enable them to conduct a clinical check, and use an otoscope to look deeper into the ear for signs of perforation of the eardrum or objects stuck in the ear,’ explains Al Patel, owner of Lee Pharmacy in Lewisham.

‘But the average pharmacist doesn’t keep any special instruments, so generally they will carry out a visual check, and that would be sufficient to detect a build-up of wax.’

Cerumen impaction is easily treated. Pharmacists can recommend home remedies, such as putting two to three drops of olive or almond oil into the affected ear twice a day for up to five days. In addition, over-the-counter drops are available to help dissolve or soften the wax.

Importantly, patients should be urged to avoid the temptation of sticking anything inside the ear, such as a cotton bud, to try and clear the wax.

Inflammation of the external ear canal (otitis externa), and infection of the middle ear (otitis media) can result in earache.

Otitis externa is most often the result of a bacterial infection, and is sometimes known as ‘swimmer’s ear’ because frequent exposure to water – such as through swimming – can make the outer ear more vulnerable to infection, with moisture providing the ideal environment for bacteria to flourish.

Otitis media is more common in children – particularly infants aged between six and 15 months. Although it usually manifests in redness and swelling, it is usually self-limiting and doesn’t require oral antibiotics.

Ms Barai says: ‘For mild infections, we would recommend an antiseptic spray. This may help to ease symptoms, but patients should be advised that it can take several days for it to clear up completely.’ In addition, over-the-counter (OTC) oral analgesics will normally be sufficient to treat pain or earache. ‘I’d also make patients with suspected infection aware of any warning signs to look out for, like discharge from the ear and acute or intense pain, when they should go and see their GP,’ Ms Barai adds. The presence of discharge, particularly if it accompanies general malaise and a fever, may indicate a bacterial infection requiring swift antibiotic treatment.

For the avoidance of doubt, suggests Mike Hewitson, owner of Beaminster Pharmacy in Dorset, all suspected cases of ear infection should prompt a GP referral. ‘An infection may require oral antibiotics, and the risk is that, if you have an untreated infection, you could end up with a perforated eardrum, potentially causing moderate hearing loss in the long term,’ he says.

Glue ear occurs when sticky fluid collects in the middle ear behind the eardrum. Known as otitis media with effusion (OEM), glue ear is not itself an infection (unlike the similarly named otitis media), but it can be caused by and lead to infection in some cases.

It is very common in children – around 80% of children will have glue ear at least once before the age of 10 – but it can affect adults too. The symptoms in any case are the same, the most notable of which is mild to moderate hearing loss. This may be accompanied by tinnitus and occasionally earache.

Frustratingly for many patients with glue ear, a ‘watch and wait’ approach is almost always adopted for two to three months, during which time it will usually resolve on its own. However, if after that, there is no improvement or hearing loss worsens, patients should be advised to see their GP.

In young children, the case can be made for GP input even sooner because of the risk of long-term effects, Ms Barai highlights. ‘In pharmacy, we’re quite vigilant about recurrent ear infections, which might suggest glue ear, and about making sure we identify glue ear,’ she says. ‘If it is affecting a child’s hearing, it can in turn delay their speech and language development and they could end up needing speech and language therapy.’

In all patients with persistent or recurrent glue ear, secondary care monitoring is often required, where surgical insertion of grommets to drain the fluid and restore air flow through the ear might be recommended.

Importantly, pharmacists should be mindful that antihistamines and decongestants should not be recommended to patients with glue ear.

When the pressure between the air in the middle ear and that outside the ear is unequal, it can cause an aching sensation and/or pain, accompanied by temporary hearing loss. This is called ear barotrauma, and is what commonly happens when our ears ‘pop’ when travelling on a plane that’s descending, or when you are at high altitude.

Mr Hewitson explains that one of the methods people often use to correct the problem can in fact cause more damage. ‘When you can’t equalise the pressure in the ears, people will do something called the Valsalva manoeuvre, where you hold your nose, close your mouth and blow, and sometimes that can cause an increase in the pressure in the ear,’ he says.

That is what rebalances the pressure difference but, he adds, it should be used with caution. ‘If people are unable to equalise the pressure easily and try to force it, it can cause the ear drum to become damaged, so it’s something to tell people to be careful with.’

According to Sid Dajani, owner of Wainwrights Chemist in Eastleigh, Hampshire, identifying less-common causes of earache relies on thorough investigation. ‘One of the things we do is look at the patient’s history, especially focusing on whether [the earchache] was acute onset with an obvious cause,’ he says, citing examples like a burst eardrum, an abscess or boil or a large foreign object becoming stuck in the ear. ‘These types of things might lead to intense pain, which should be looked at by a GP.’

Allie Anderson is a freelance journalist

An expanded national flu vaccination programme this winter will target 35 million people across the...

Children with headaches whose migraines get better while taking preventive medication can stop the pills...

Boots UK will be launching dedicated flu hubs in some of its pharmacies after the Government...

1
1,000 more pharmacies to deliver Covid booster plan
2
Pharmacists are key to NHS survival but viewed through lens of ignorance
3
Pharmacists defend profession after GP column calls them ‘redundant’
4
Masks will remain mandatory in pharmacies in England
1
Judicial review as it happened: Day 1