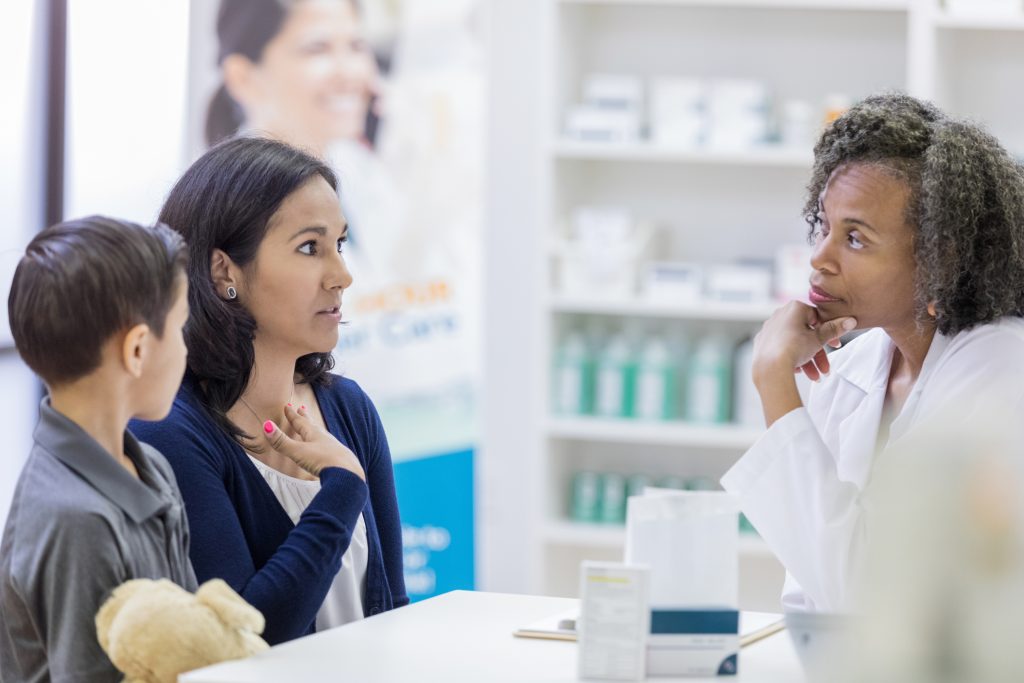 General practices in England are being encouraged to sign up to the community pharmacy consultation service (CPCS) before 1 December if they want to access a £250m winter access fund announced today (14 October), NHS England (NHSE) has said.

NHSE has published a plan for improving patient access to appointments, saying that patients’ ability to access primary care ‘is often not as good as it should be’. The winter funding package for general practice aims to ‘increase the proportion of appointments delivered face to face’, NHSE said.

However, practices will only be eligible for a share of the £250m funding if they sign up for the community pharmacy consultation service.

In the document, NHSE said: ‘Use of the Community Pharmacist Consultation Service (CPCS) can help alleviate pressure on GP appointments by harnessing the skills and knowledge of community pharmacists to treat a range of minor illnesses.

‘Using the service gives a patient a same-day appointment in a community pharmacy and helps improve patient experience, as well as directing demand to the most appropriate setting.’

PSNC described today’s announcement as ‘an opportunity both to expand pharmacies’ role and to press for adequate funding for the walk-in advice that pharmacies are offering on a daily basis.’

The Royal College of General Practitioners (RCGPs) had previously admitted there was a ‘low uptake’ of the CPCS among practices. Responding to a question at Health and Social Care Committee meeting in September, Professor Martin Marshall CBE, chair of RCGPs said that pharmacies can help GPs cope with their high workload through the CPCS – for which he said he understood that ‘the uptake for has not been great’.

Welcoming the announcement, Thorrun Govind, chair of the RPS English Pharmacy Board, said: ‘Pharmacists across general practice and community pharmacy have played a vital role throughout the pandemic. I welcome the Health Secretary’s recognition of pharmacy teams’ dedication to patient care and their importance to the future of the health service.

‘As we head into winter and look ahead to the NHS recovery, the Government and NHS must ensure it uses the expertise of the whole of the primary care workforce to support the health service.

‘Today’s announcement highlights the importance of services like the Community Pharmacist Consultation Service and boosting its uptake to support patients, NHS and GPs – a key focus of our recent roundtable. I’d now look to the Government and NHS to work with professional bodies, patient groups and others across the health service on how we can build on this to include services such as supplying medicines without the need to visit a GP.’

Bharat Patel, the Pharmaceutical Services Negotiating Committee vice-chair and an independent pharmacy contractor, said: ‘Community pharmacy teams already do a huge amount to reduce pressure on GP practices and this has never been truer than during the Covid-19 pandemic when pharmacies’ doors remained open as normal. The figure for how many GP appointments we save by giving unpaid healthcare advice – some 24 million every year – speaks for itself.

‘It is good very news that the Secretary of State shares our ambition to get every GP practice using the NHS Community Pharmacist Consultation Service (CPCS). We have been pressing for GPs to be further incentivised to make use of the service for many months, and this should help to increase referrals to the service for contractors, as well as reducing the burden on general practice.’

However, he also warned: ‘The successes of the past year have taken their toll on the sector – remaining open throughout the pandemic came at the huge financial and emotional cost to pharmacy owners, and we know that pharmacy teams are continuing to operate under great stress with workforce challenges growing ever greater. We will continue to make it very clear to Government that while we want to help, this needs to be matched with extra support.

‘While other parts of the NHS also clearly need funding relief, investments elsewhere are difficult to understand from within a sector which could not have done more through the pandemic, and which is already at breaking point.’

Community pharmacists have previously expressed concern that the CPCS was flawed after receiving very few, and in some cases, no referrals from GPs.

Sunil Kochhar, a consultant pharmacist and IP at Regent Pharmacy in Gravesend, Kent, told The Pharmacist earlier this year that he has had ‘very few’ CPCS referrals to his pharmacy.

Derby pharmacist, Nick Payne, also told The Pharmacist that more referrals through the service would enable pharmacies to play a greater role: ‘If we were properly paid for these consultations, we could run the service properly with funding and we would be in a much better position to help a lot more people than we are helping at the moment – and this would help GPs in the long run.’

According to NHS England, around 10% of online GP consultations could potentially be referred to pharmacies via the CPCS.

An audit conducted by PSNC, published in May, revealed that pharmacies across England are providing around 1.1 million consultations every week without remuneration because patients were not being formally referred through CPCS.

Improving access to general practice Announcing the £250m package for general practice this winter, health secretary Sajid Javid said that he was ‘determined to ensure patients can see their GP in the way they want, no matter where they live’.

Measures included in the statement were:

· the NHS will increase its oversight of practices with the most acute issues in relation to access, with GP appointment data to be published at practice level by spring next year

· patients will get the opportunity to rate their practice’s performance, via text message, based on their most recent experience of accessing support

· The Government will ‘reduce administrative burdens on GPs’ by reforming FIT notes and DVLA checks and who can provide them.

· The NHS, the Government and Academy of Medical Royal Colleges will develop a zero-tolerance campaign on abuse of NHS staff, including GP teams.

Mahendra Patel: Community pharmacy’s relationship with clinical research is key to its future

The Covid-19 pandemic has opened the door for pharmacists to be more involved in clinical...

Community pharmacy teams can begin referring adults living with obesity, and other conditions, to the...